Last week, I performed in “Ask A Parasite (AAP)”, developed by Floor Grootenhuis in collaboration with members of the Jayne Raper Lab at Hunter College as a co-creation between scientists and the general public.

It was part of the in-person program on day two of the two-day hybrid Civic Art Lab 2022. This year’s Civic Art Lab (the eighth!) “explores the notion of contested spaces through the lens of sustainability, creative placemaking and placekeeping."

There was no rehearsal and no stage; we would be in the lab, engaging directly with it, with the researchers and with each other. And—it wasn’t billed as interactive, but as a performance, which is significant. Someone thought about us, the general public, about each other, fellow members of the lab, and about the collective, mixed us together in this space, and situated us as trusted partners in a many-sided (and placeful) conversation.

“As people enter the lab space, they are guided through a lab safety briefing, given lab coats, and the ability to silently explore the lab. Through this performance, we hope to create a more inviting space within the scientific community for all people, regardless of background, in which questions are not only accepted but encouraged and celebrated.”

Even while we made our way through the building security process, and throughout our time in what was clearly their work-home, we were invited in in a way that was unexpectedly welcoming and informal.

It’s an academic science lab after all. There are rules, protocols, and in my imagination, they were the strict-toned do-not-do-this-or-else-punishment kind of rules. I was not expecting the kind of warm, proud, open-hearted orientation a dinner party host gives friends of friends at the door as they arrive — what to do with coats, where we’ll be, what might interest them… 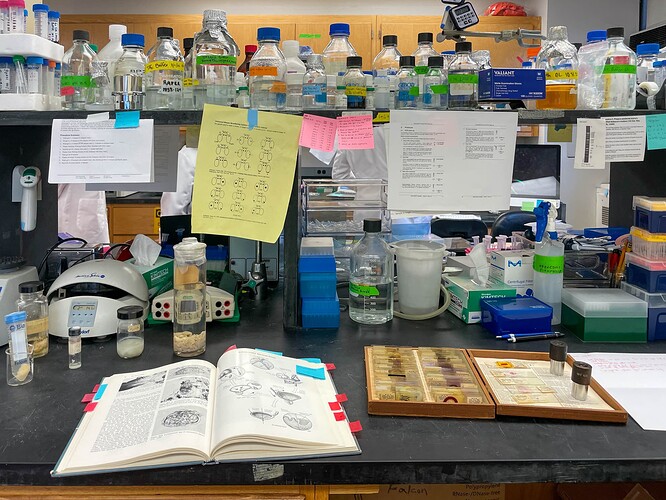 So, we did the silent unchoreographed wander, which primed us for different sites of Q&A —

A spoken and free flowing Q&A on the move, where we continued to explore the different stations of the lab, this time with researchers fielding our questions, drawing us into the details of their specific areas of investigation. 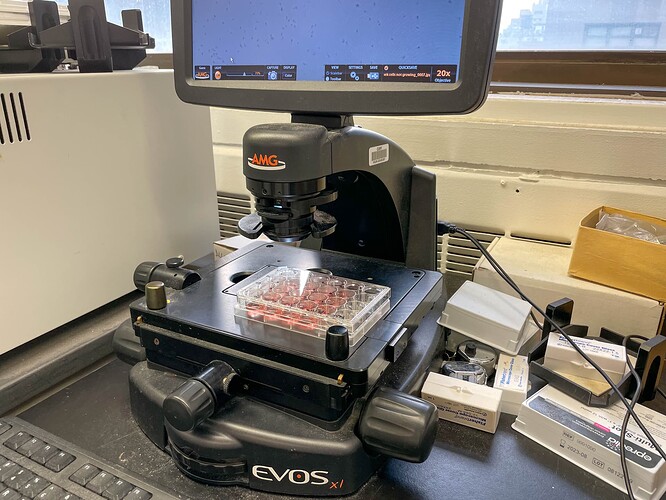 Q&A via previously scripted questions given to us one at a time, to which we were invited to reply in kind, via text. We wrote on cards, or a researcher transcribed them, taped our answers to a wall — and our thoughts became part of the space (and future public performances?)

And a demonstration of how parasite specimens are stored in suspended animation, everyone circled around to see, asking questions. I had the most questions here because specimens from fifty years ago, or more, are being maintained for future research — How are they indexed? What’s the process for tracking them? Or, for sharing them out to other labs? 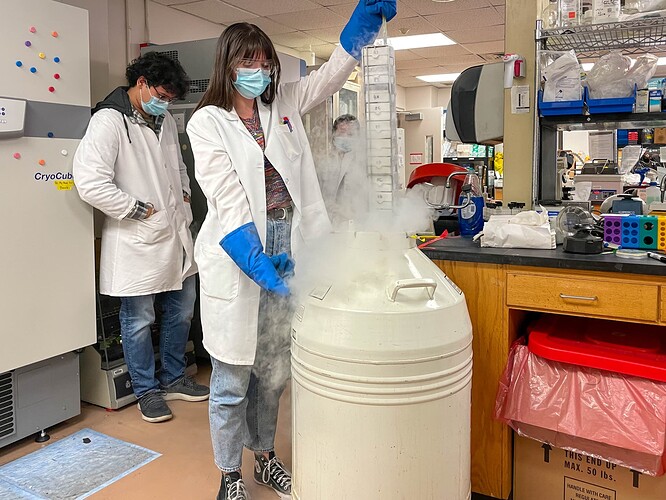 It was fascinating, the work they do making sense of — “trypanosome lytic factors (TLFs), which are antimicrobial high-density lipoproteins that contribute to innate immunity” and all their stuff, the equipment, beakers, test tubes, slides, and notebooks, procedure posters, post-its with all kinds of notes to themselves and each other — and for me, especially: the experience of performing there. 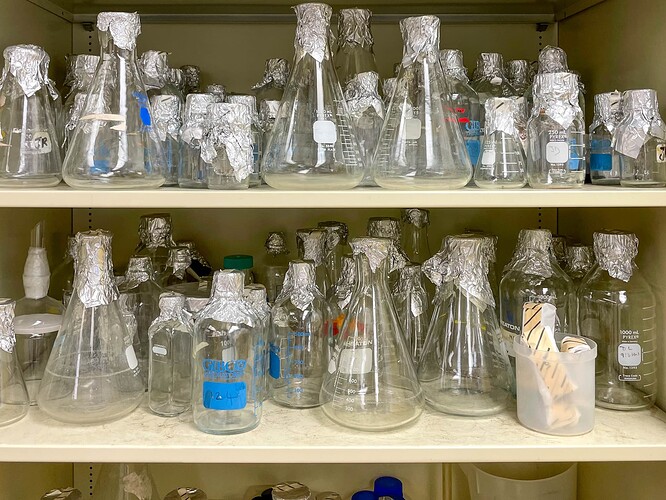 It seems pretty basic: we observed, we walked, we talked, but where and how we did it — we smudged the line between ingroup and the world, and generated a little unexpected public space.

“This year’s Civic Art Lab explores the notion of contested spaces through the lens of sustainability, creative placemaking and placekeeping. As it pertains to this year’s theme, a contested space can be a site of resistance, social activism, art, urban design, remembrance, and more. Many ephemeral sites of environmental and social movements have grown into brick-and-mortar community gathering places, public green spaces, safe spaces, and sustained places of protest. In a global political climate that increasingly disregards the urgency of sustainability and humanitarian challenges, Civic Art Lab 2022’s two-day lab incorporates virtual presentations and in-person NYC-based tours of locations at the center and margins of community-driven sustainability and action.”